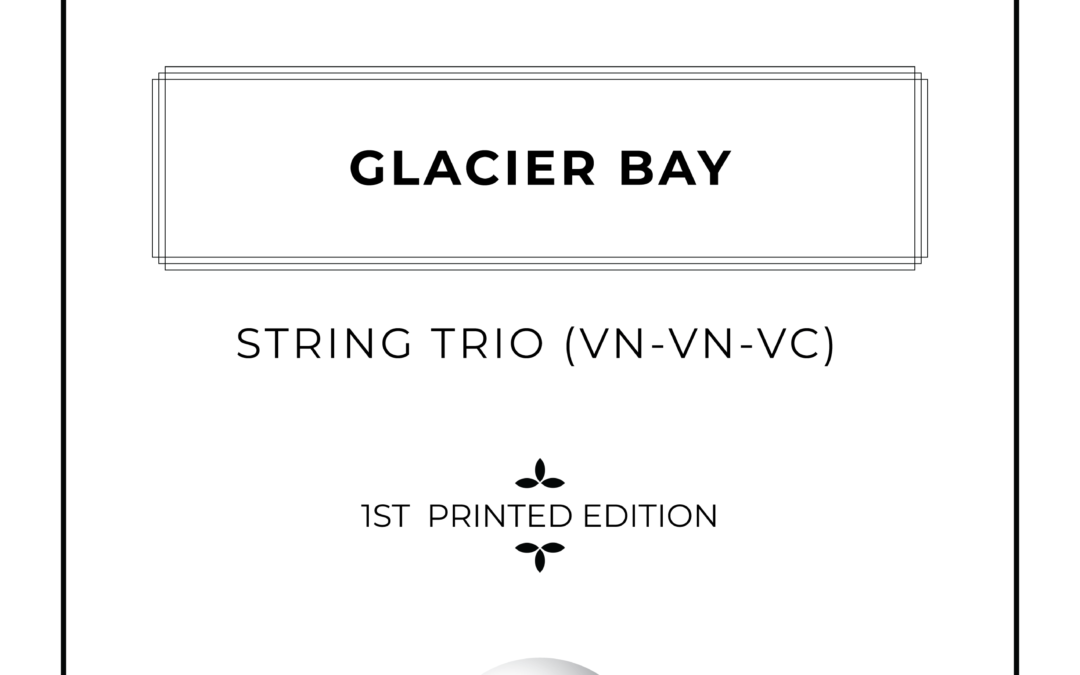 DESCRIPTION
Glacier Bay for String Trio. An audio impression of the experience of being in Glacier Bay.

This is the premier performance of “Glacier Bay” by String Trio Black Diamonds – just one day after Arthur Breur composed the piece and provided the trio with the score and parts. They performed the piece in the atrium of the Norwegian Sun on July 3, 2016.

With gratitude to Captain Richard Svardmark and the entire crew of the Norwegian Sun. Arthur Breur composed “Glacier Bay” in a single day on the Cruise Ship “Norwegian Sun” as it toured Glacier Bay, Alaska. Waking very early that day, Arthur was greeted with foggy, gray, mysterious views in an eerie northern twilight, and the mood set him immediately to composing.

As he often does, he started by constructing the ten letters of the name “Glacier Bay” into musical notes. He divided these ten notes into three similar musical motifs, first three notes [G-E-A], then four notes [C-B-E-D], then three notes again [B-A-D].

These motifs open the piece, in a section that represents the eerie, misty, wet, half-lit morning. Then—expressing wonder and excitement upon seeing the beauty and majesty of Alaska’s glaciers—the motifs are connected with moving lines of notes that turn the original disconnected motifs into a flowing, uplifting melody.

Between stops at the enormous bay’s different glaciers, the ship moved slowly through foggy vistas. The middle section of the piece represents this with a more dissonant, nervous sound. (Listen carefully for the sound of the ship’s fog horn—which really is a low F-sharp!—played by the cello.)

But after passing through the fog, there was another awe-inspiring glacier, and so the music returns to the uplifting, flowing melody once again.

“Upon waking to a mysterious foggy morning on the Norwegian Sun cruise ship in Glacier Bay, Alaska, I was almost immediately possessed by my Muse. (That’s the only way I can describe it; every moment that I was not composing—even WHILE looking at the beautiful, awe-inspiring glaciers! – I was hearing the melody in my head and aching to compose.)”

After getting a surprise pair of tickets to the Oregon Symphony yesterday, I was inspired to create a quick "thank you" composition. It's very rewarding when I can take a whole sentence and create a functional melody from it!

A Thank You To Lisa And Dave

My in-progress narrated work for strings & fixed media (and maybe percussion?), "Amber the Spider" is shaping up nicely. Doing my best to create a timeless story that all ages can enjoy... and still having it be about a spider!